There are so many reasons you might reach for decaf coffee—and in many ways, decaf coffee is just like the regular coffee you know and love. It’s made from the same beans as caffeinated coffee, and when processed and roasted properly, it tastes just as amazing.

Once it arrives in your kitchen, decaf coffee can be ground and brewed in the same manner as your normal morning cup of joe, and that unmistakable aroma is virtually identical.

That being said, decaf has a story that is entirely its own. Read on to get all your decaf questions answer and learn the fascinating origin and scientific evolution of decaf coffee, plus exclusive access to a decaf coffee world tour from Atlas… 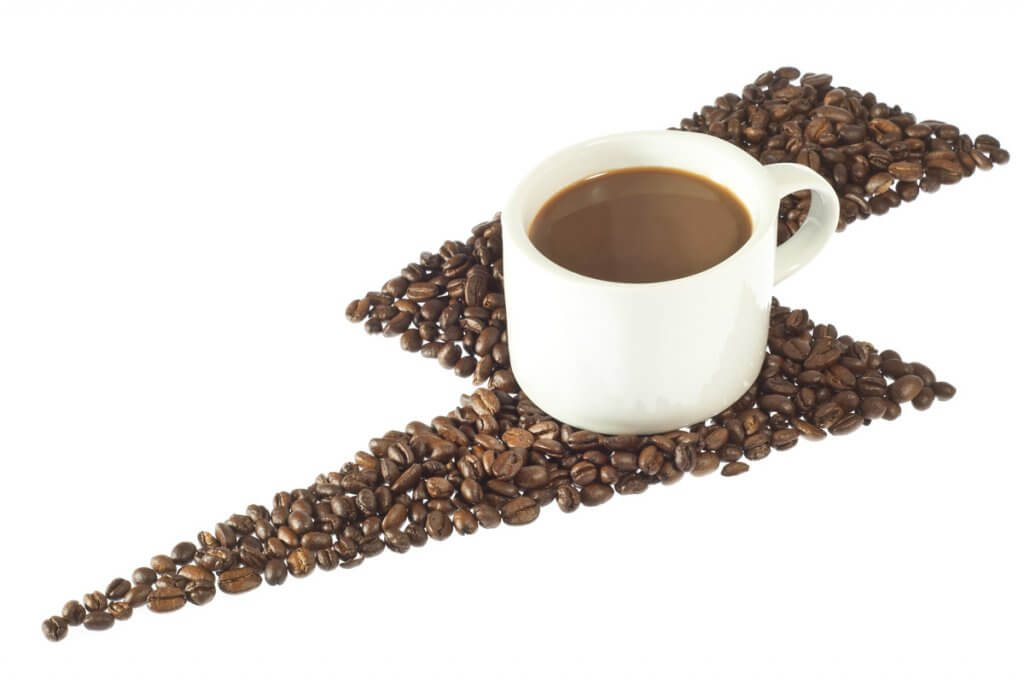 Does decaf taste different?
When processed using the sugar cane method (see below), specialty decaf coffee retains the sweetness and nuance of flavor found in regular specialty coffee—so feel free to indulge in a decaf pour-over or decaf French Press brew to enjoy those delicious notes that make specialty coffee so worth seeking out.

Do I need to change my grind settings for decaf coffee?
Nope! If you grind whole beans for each brew, you can use whichever setting works best for your method of choice and your preferences, whether you’re brewing decaf or otherwise.

Should I brew decaf differently?
That’s another nope! You can brew exactly as you would with caffeinated coffee. Ratios and timing vary from method to method, but the caffeine level isn’t a factor.

Is decaf coffee better for me?
That all depends on how your body reacts to caffeine. Up to 400mg of caffeine a day is known to be perfectly safe for most adults, but if coffee makes you jittery or uncomfortable, or if your doctor has advised against it, decaf could be your best bet for a delicious coffee fix.

The History of Decaf Coffee

The story of decaf coffee is much like the drink itself—wholly underrated.

In 1819, one of the greatest German literary figures of the modern era, Johann Wolfgang von Goethe, enlisted German scientist Friedlieb Ferdinand Runge to research a subject that had fascinated Goethe for years: the nature of coffee beans. Goethe was an amateur botanist, and like so many others in his field, marveled at the invigorating effects of drinking coffee. In Runge’s own words: “Soon thereafter I discovered therein caffeine, which became so famous on account of its high nitrogen content.” As astounding as the discovery of caffeine was, the mystery of decaffeination would still go unsolved for almost a century.

In the early 1900s, among the tumultuous tides of a rapidly shifting Germany, Ludwig Roselius worked to avenge the death of his father. Convinced that caffeine was the culprit behind his heavy coffee drinking father’s demise, Roselius worked tirelessly to find a way to rid coffee of caffeine. As fate would have it, his breakthrough finally came by way of sheer luck. Ludwig received a shipment of coffee that had been salvaged from a shipwreck, and while a bit salty, the brew lacked caffeine. The case broke wide open, and soon after, the mystery of decaffeination was solved. Ludwig Roselius patented his discovery and founded the first decaf coffee company in 1906. 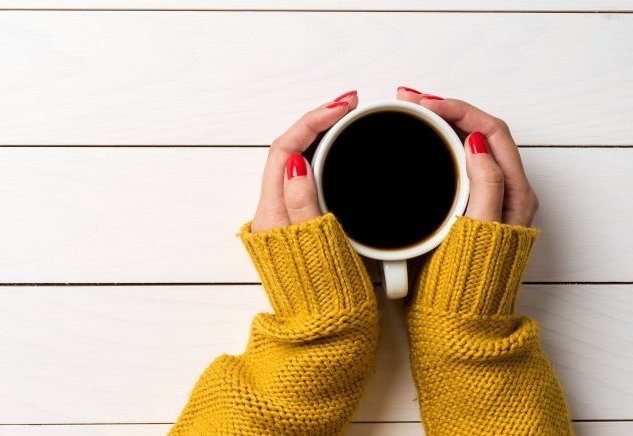 Today, 12% of all coffee enjoyed is decaf. And just as coffee is prepared differently all over the world, so too are there different methods of decaffeinating coffee.

With over 1,000 naturally occurring chemical compounds that make up the delicious elixir we call coffee, extracting solely caffeine is a complicated and lengthy process. Since Ludwig Roselius’s method has been decommissioned for using benzene, now a known carcinogen, several newer and exponentially safer methods for extracting caffeine have been developed.

The newest decaffeination process, the CO2 method utilizes the power of the same compound that makes soda fizzy to extract caffeine from coffee. Green coffee beans doused in water are fed into an extractor that soaks up caffeine while leaving the rest of the coffee goodness ready to be roasted.

The Swiss Water Process was first developed in the 1930s, but due to cost, the method wasn’t commercially viable until 1988. To this day, there is still only one Swiss Water Process facility in the world! Mountain Water processing follows similar steps, but takes place in Mexico. These methods first involve soaking green coffee in a vat of water to create a green coffee extract. Next, the green coffee extract is filtered through activated charcoal. Finally, a new batch of green coffee is added to the filtered liquid, and because the liquid is inundated with the extract and charcoal, all it can remove from the new beans is caffeine. 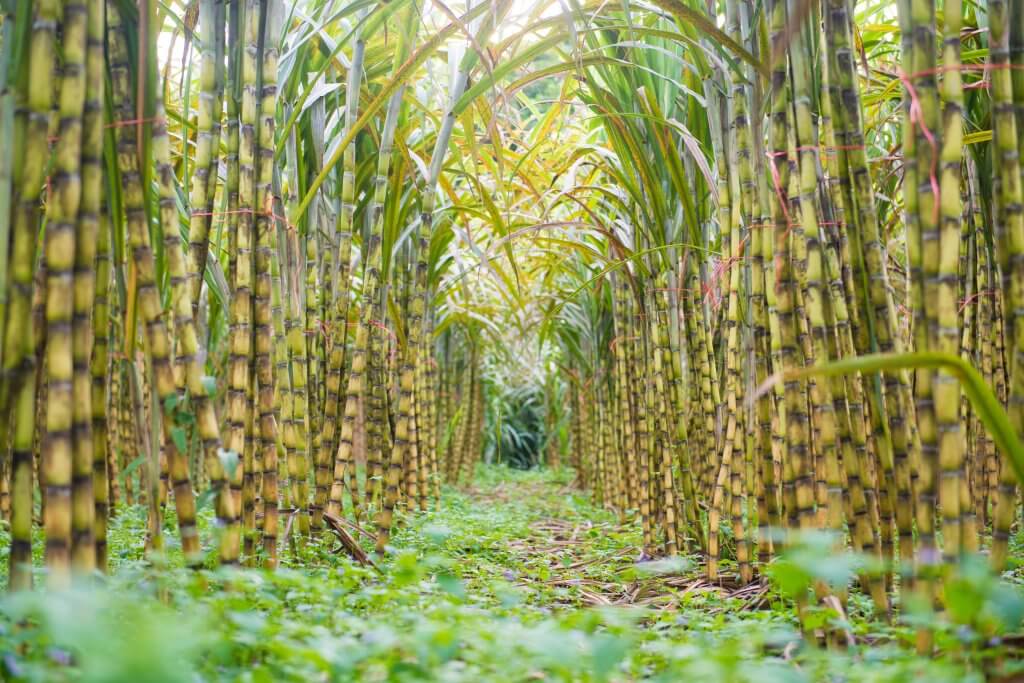 As refined as the world of decaffeination has become, many methods still produce a flatter cup that lacks the same flavor as caffeinated varieties. Sugar Cane ethyl acetate processing is a popular method because it arguably does the best job of retaining the full flavor of a given coffee.

Ethyl Acetate (E.A) is the same naturally occurring compound found in wine, beer, fruit, and vegetables. Made by fermenting the molasses of sugarcane, this method is known as the natural process and produces a full-bodied cup with mild acidity.

To start, green coffee is soaked in water. Once the beans are swollen with water, E.A is used to wash the coffee. The E.A dissolves the caffeine while leaving the rest of the coffee perfectly intact. The fermented molasses that’s naturally present in E.A helps produce a sweeter cup, more flavorful cup—you’d never know you’re drinking decaf coffee. 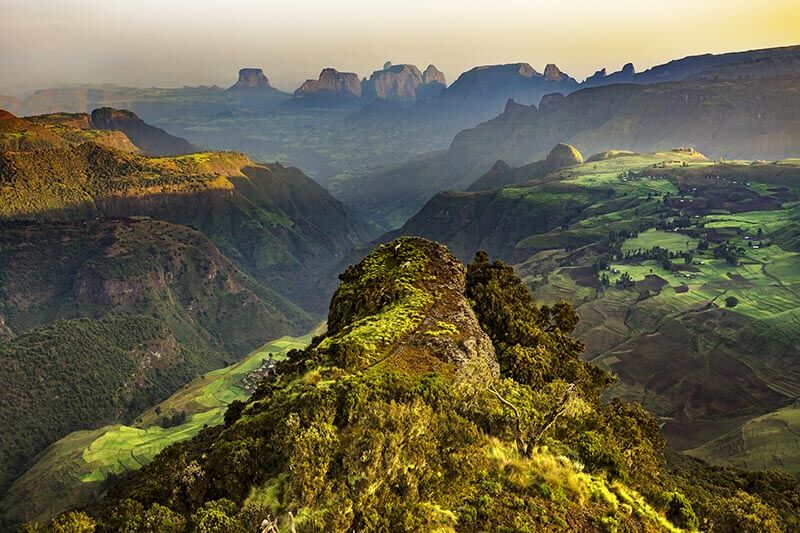 A World Tour of Decaf Coffee

There’s a world of coffee to discover, from Papua New Guinea to Peru, Burundi to Brazil… and Atlas Coffee Club just launched a special decaf option. So, decaf lovers can travel the world of coffee and explore what makes coffee from each country unique and delicious—beginning in Ethiopia.

Known as the birthplace of coffee, Ethiopia is the perfect place to begin your decaf coffee journey with Atlas. Wild coffee plants have been growing naturally in Ethiopia for thousands of years. According to legend, around 850 AD a goat herder named Kaldi noticed the energizing effect that some berries seemed to have on his herd. 50 years later, Arabic writings reference coffee being consumed as a beverage in Ethiopia, and it’s been vital across many aspects of Ethiopian culture ever since.

Today, about half of the coffee produced in Ethiopia is enjoyed by Ethiopians themselves, and the “coffee ceremony” is a traditional beginning to significant social events. Ethiopia is home to over 1,000 naturally occurring varietals, and is renowned for producing some of the highest-quality coffee in the world!

Decaffeinated via the Mountain Water Process, this coffee is a must-try for decaf lovers.