For many of us, a cup of coffee is an integral part of the morning ritual or an afternoon break. But coffee is more than an everyday pleasure. Part of the reason for its popularity is that it’s also a gentle stimulant. In moderation, coffee can enjoyably jump-start your morning or get you through an afternoon slump.

The Potential Side Effects of Too Much Caffeine

Drinking coffee in excess can conceivably lead to too much stimulation. Anything from a jittery feeling to anxiety and difficulty sleeping are possible side effects of drinking too much caffeine. High blood pressure and an increased heart rate are more serious potential side effects.

Further, caffeine is considered an addictive drug; it is classified with hard “Schedule 1” drugs like cocaine and amphetamines. While it is a legal drug, it is still a drug and should be used responsibly. That means no replacing sleep with coffee (as much as we might want to)!

It takes some time for the effects of caffeine to leave your system. A coffee enjoyed late in the day can make it difficult to fall asleep at night. And a poor night’s sleep, in turn, can lead to increased coffee consumption.

Because caffeine is addictive, drastically reducing your caffeine intake can lead to withdrawal symptoms, such as drowsiness and headaches. Some people have more success cutting back on caffeine gradually.

The Health Benefits of Caffeine

There is lots of good news for coffee drinkers, too. According to Harvard Medical School, recent studies suggest that drinking coffee can have a positive impact on health. Potential benefits for coffee drinkers include reduced risk of Alzheimer’s, diabetes, Parkinson’s disease, some types of cancer, heart attacks, stroke, and liver disease. Further benefits include improved physical performance and offsetting the effects of physical exertion.

How Much Caffeine Is in a Cup of Coffee? 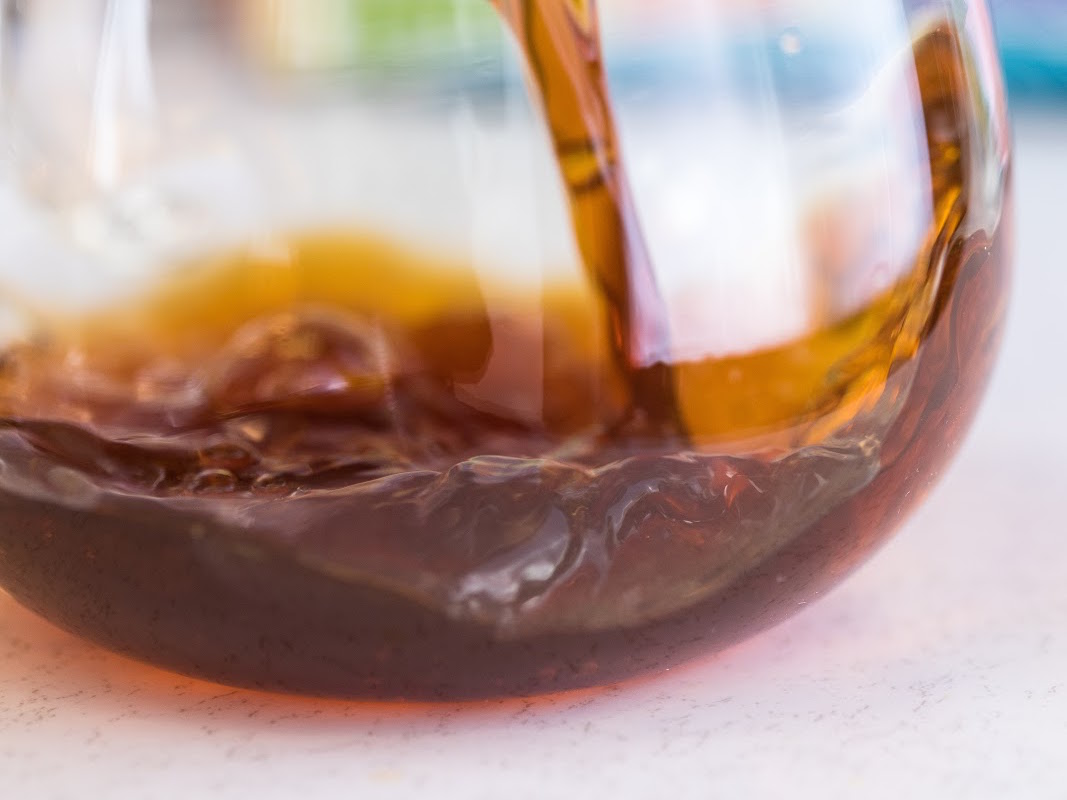 The average 8-ounce cup of coffee contains anywhere from 90-200 mg of caffeine. The amounts of caffeine can vary greatly from one caffeinated coffee drink to another. And even decaf coffee is not entirely caffeine-free — decaf has a small amount of caffeine.

The wide range is due to the fact that every batch of coffee brewed will have different amounts of caffeine depending on the:

Let’s dive into each of these factors.

Arabica coffee beans have much less caffeine than Robusta coffee beans. In fact, Robusta beans have nearly twice the caffeine. If you like to drink more than a couple of cups of coffee a day, opt for Arabica beans. With their more complex flavor profile and notes of bright acidity, Arabica beans offer both a more nuanced coffee drinking experience, and one you can enjoy more often.

The extraction method you use to brew your coffee affects the amount of caffeine in your cup. Immersion methods, where ground coffee and cold or hot water are combined, tend to extract more caffeine. But the coarser grinds favored for immersion methods also have less surface area than more finely ground coffee. This lessens the amount of caffeine extracted. French press coffee ends up having slightly less caffeine than drip or filter coffee per equivalent serving. Percolating extracts more caffeine from your coffee.

In cold brew coffee, the coarse-ground coffee is in prolonged contact with water. But because the grinds are coarse and water is cold, the extraction is inhibited. Cold brew is often brewed as a coffee concentrate, meant to be diluted. Since cold brew is also so notoriously smooth, it goes down nicely. This might make it easier to drink a stronger cold brew, and thereby overdo it on the caffeine.

It’s also easy to overdo it with iced coffee, especially if you are adding sweeteners and milk that mask the strength of the coffee.

Darker roasts tend to have a heavier body and deeper flavors of chocolate, nuts, and caramel. But while darker roasts taste strong, they are not necessarily strong in caffeine. In fact, light roast coffees actually contain slightly more caffeine.

This sounds much too obvious, but it’s very easy to overlook. When we say there’s approximately 100 mg of caffeine per cup of brewed coffee, that means an 8-ounce cup.

Since we live in a culture where serving sizes are so often super-sized, and where fast food outlets are also serving coffee, coffee portions can regularly exceed 8 ounces. You may be having a 12-ounce cup of coffee, or even a 14- to 16-ounce cup. What you think of as a normal cup of coffee can actually be a cup and a half, or even two.

Even your favorite coffee shop is apt to have standard portions larger than 8 ounces. How many cups of coffee you can drink a day depends a lot on the size of the cup.

It’s easy to underestimate the amount of caffeine espresso contains. Espresso and coffee are two different things. Yes, a shot of espresso is tiny. But that 1-ounce shot of espresso has about half the caffeine content of an 8-ounce cup of coffee. It’s very easy to reach your caffeine limit for the day if you’re an espresso drinker.

What if you like an espresso-based drink? All that steamed milk doesn’t cut the caffeine — it just cuts the bitter edge of the brew, and possibly your perception of your actual caffeine consumption.

Other Caffeinated Beverages and Sources of Caffeine

Coffee is by no means the only potential source of caffeine in daily life. Black tea and green tea both contain caffeine. Soft drinks can be sources of caffeine. Energy drinks can contain an equivalent amount — and sometimes even more — caffeine than coffee. Side note: If you’re still on the fence about whether to go with coffee or an energy drink, consider our take on coffee vs. energy drinks.

Many sources of caffeine are less obvious. Chocolate — and especially those containing a high percentage of cocoa solids — can contain significant amounts of caffeine. Over-the-counter pain relievers can also be surprisingly high in caffeine.

Of course, all of these other sources can add to your daily quota for caffeine consumption, reducing the amount of coffee you can drink. If you really enjoy your coffee, check the labels of other potential caffeine sources and find substitutes.

Caffeine in Your Favorite Coffee Drinks

These caffeine levels in popular coffee preparations are commonly agreed on, and make a good starting point for determining your caffeine consumption. As you’ll see, the brewing method plays a decisive role: 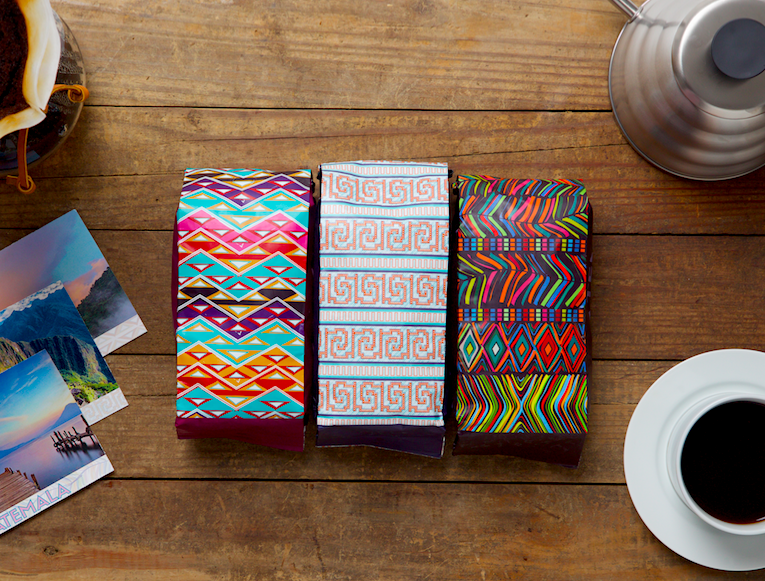 With all of the factors we’ve listed above, determining with precision the amount of caffeine in a serving of coffee is not always a straightforward matter.

Pay attention to how coffee makes you feel. If that extra cup of coffee is making you jittery, or if you’re not sleeping as soundly as you’d wish, you can consider reducing your coffee intake, or maybe just limiting your coffee consumption to morning and early afternoon.

Moderation is the key to enjoying coffee to the fullest and making sure it’s a positive part of your day. Drinking high-quality coffee less frequently and really focusing on the experience is a great way to reduce the amount of caffeine you consume, without cutting back on the pleasure of drinking coffee.