By now, you’ve probably heard of nitro coffee, the next step in the evolution of cold brew. This relatively new trend in the coffee world is velvety smooth with a rich texture and natural sweetness. It’s also great to look at, with a dense head of foam that cascades in ribbons down to the bottom of the glass.

What Exactly Is Nitro Coffee?

Nitro coffee is cold brew coffee that’s been infused with nitrogen gas. While this may sound like a molecular gastronomy experiment, infusing a cold beverage with nitrogen is nothing new. Beer drinkers are already familiar with nitro — Guinness stout’s signature velvety texture is the product of nitrogen gas.

This dense and delicate foaminess is distinct from the bolder, fizzy quality of many other beers. It’s also a great texture pairing with the rich, toasty flavors that both fans of cold brew and of Guinness enjoy.

The pioneers of this technique, Cuvee Coffee of Austin and Stumptown Coffee of Portland, are among several coffee companies making nitro brew in cans. They use a widget — a capsule filled with nitrogen, just like Guinness uses.

The Difference Between Nitrogen Gas and Carbon Dioxide

To examine this question, let’s consider the qualities of the popular cold coffee options out there. 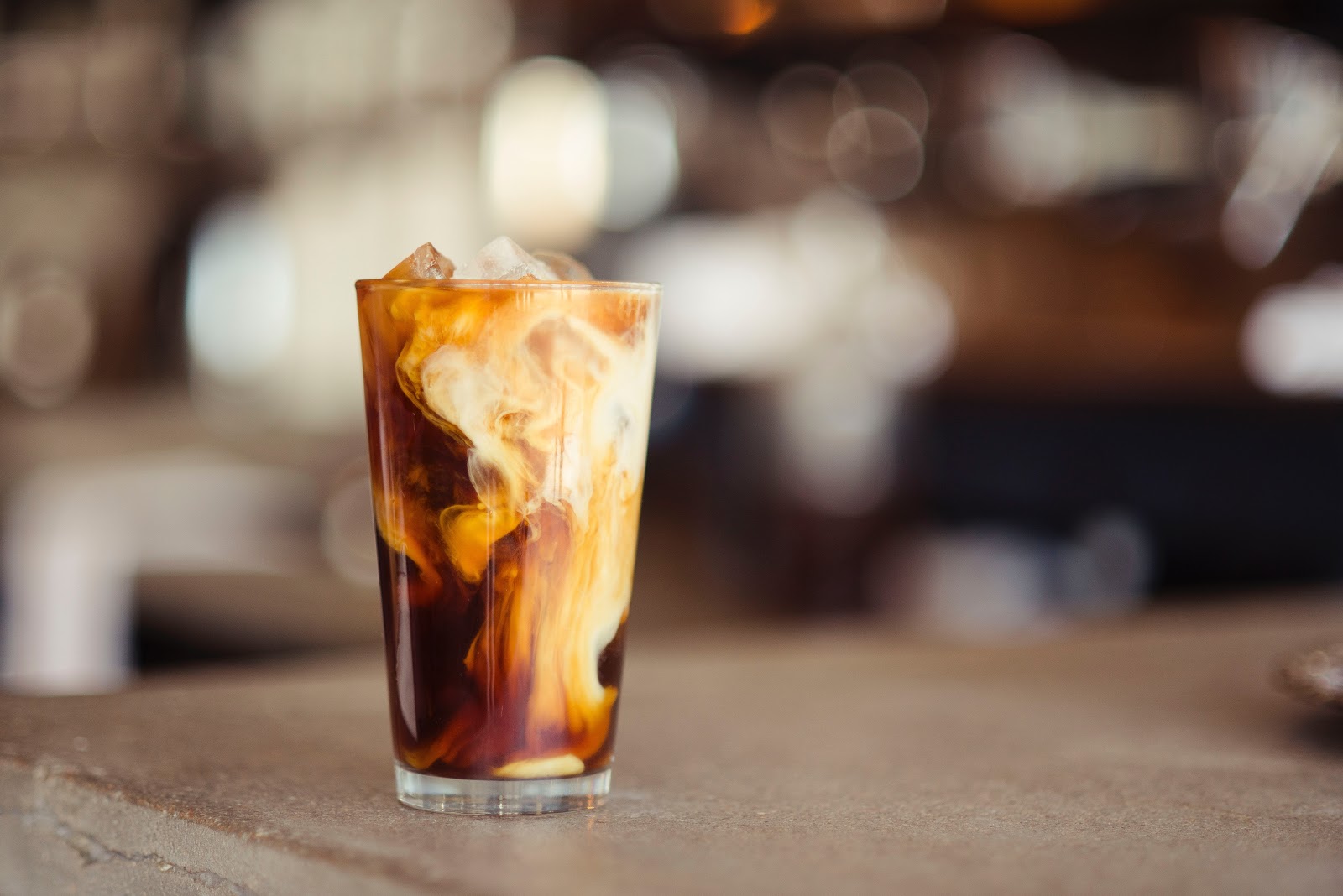 The classic among cold coffee drinks, this popular and refreshing cold coffee drink starts out as hot coffee. Coffee is brewed using a classic heat extraction method like drip coffee, pour-over, or French press. The coffee is then cooled and chilled before being served over ice.

Because iced coffee starts out as hot coffee, it has a similar flavor profile. This is because extraction methods that use heat bring out the bright acidity of coffee beans. This is a classic coffee taste that many coffee lovers adore.

These are delicious, cold versions of the classic drinks. The flavor profiles of the espresso extraction method are intact. 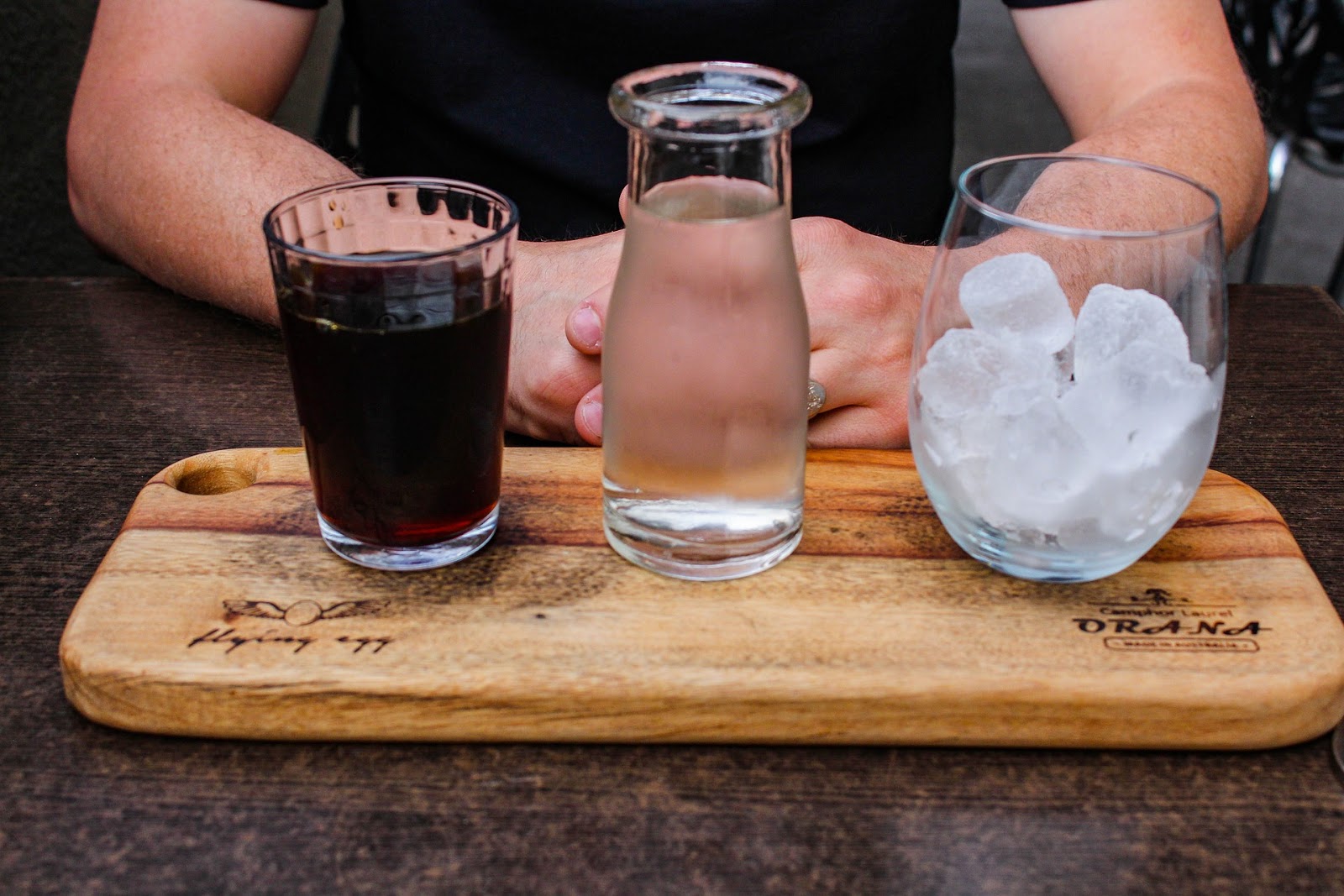 Cold brew coffee is exactly what is sounds like — coffee that has been brewed cold. The coffee is slowly extracted in cool water over a period of many hours using a variety of methods like a CoffeeSock or a French press. It never comes into contact with hot water.

Since it’s the heat that extracts those notes of acidity from the coffee beans, those qualities never make it into a cup of cold brew. Instead, it has a different flavor profile characterized by smoothness. Coffee’s richer and deeper flavors like chocolate, nuts, and vanilla come out in the cold brewing process.

You can see this in how people drink their cold brew. Many people who don’t usually like black coffee find that they do like their cold brew black, no sweetener added. This is because milk and sugar balance the acidic and bitter notes in regular coffee. Since cold brew has less bitterness and less acidity to begin with, they like it just fine the way it is.

Because the cold brew process brings out different notes in the beans, you may find that you end up liking a different coffee for cold brew than you do for brewing hot coffee.

How Nitro Coffee Is Made

Nitro coffee starts out life as cold brew coffee. This means that it already has that smooth flavor profile that has earned cold brew such an enthusiastic following. Nitro brew is cold brew infused with nitrogen gas. Not only does this change the look of the coffee and give it that sensuous, velvety texture, but it also affects the taste.

And it affects the taste in a way that naturally plays up cold brew’s most popular qualities — an absence of bitterness and acidity with smoothness and richness that some register as notes of sweetness.

Many people feel that the nitrogen gas gives nitro brew a natural sweetness. In addition to the decidedly creamy texture, this makes a glass of nitro coffee as rich and satisfying as if it had cream and sugar added. It’s delicious on its own.

Both the texture and flavor of nitro coffee are characterized by a velvety smoothness, making for a harmonious and satisfying drink.

How Much Caffeine Is in Nitro Cold Brew?

To put this in perspective, Mayo Clinic recommends that most healthy adults not exceed 400 mg. of caffeine per day, so check the caffeine content of your favorite nitro brew. If you enjoy drinking coffee several times throughout the day, you might want to enjoy nitro brew as an occasional indulgence, not as one of your regular coffee drink choices.

We’ve already seen how this cold coffee is inherently creamy and has a natural sweetness. This makes for a naturally rich and sweet drink with no fat or added sweeteners. It also means that nitro cold brew is a satisfying zero-calorie, carbohydrate-free refreshment.

But does it benefit your health at all? One demonstrated benefit of coffee is that it can make your workout more effective. From enhancing performance and boosting metabolism to helping you power through a tough sequence, rebuild muscle, and manage muscle pain afterwards, coffee can make working out better and more enjoyable.

… Just Beware of the Buzz

One potential health side effect of drinking nitro cold brew is that because it’s so drinkable, it’s easy to drink a lot of it quickly. A nitro brew may be the velvet hammer of coffees. As we see in the numbers above, that silky richness can pack a strong caffeine punch.

Can You Make Nitro Coffee at Home?

Opinions are divided on this. But some home coffee drinkers have had success putting cold brew through a whipped cream dispenser, which uses nitrous oxide (N2O) chargers. This is not the same as pure nitrogen gas, but many are happy with the results. The equipment investment is moderate, and a whipped cream dispenser has other uses, too, like whipping cream to top your cold brew.

If you’re willing to make a more serious investment, there’s also a purpose-built device. The iSi 1790 01 Stainless Steel 1 Quart Nitro Whip uses pure nitrogen and can also be used for tea and cocktails. As with a whipped cream dispenser, extra chargers are available separately.

The advantage of making your own nitro cold brew at home is that you can start with your own cold brew. If you’re a cold brew fan, then you may have invested some time fine-tuning the proportions and brewing times, to say nothing of choosing the correct roast and searching for your favorite beans.

As with any coffee brewing style, your beans are the main ingredient and quality matters! If you’d like a world of coffee delivered fresh to your door on your schedule, try our coffee subscription. Each month features a different coffee country and a different single-origin, freshly roasted coffee (our beans are roasted within 24 hours of shipping), along with tasting notes, a postcard, and brewing tips. This could help you create a personalized nitro brew.

Nitro cold brew is a delicious treat to enjoy on tap at a coffee shop, but it can make quite a dent in your coffee drinking budget. You may find that your home nitro brew not only ends up being a more economical everyday solution, but can ultimately make for the most fun and satisfying nitro brew experience of all.